Redclaw crayfish farmers are no less innovative that any other Australian man on the land. There never has been a redclaw crayfish farmer that did not have various trials on the go in an attempt to improve his production.  Reports of  the results of such trials was the stuff of interesting and lively discussion at Association meetings.

Industry leaders have realized the necessity for, and benefits to be had from, a structured research program.  Discussion with people from other advanced primary industries  reveal the gigantic strides forward they have made through a planned, professional approach to research.  For example, the egg industry increased its production from fifteen to twenty-five dozen eggs per hen per year over a ten year period by genetic research.

Realising the need, and putting it into practice proved to be two different things. In 2001, a survey was conducted across the whole industry to determine research priorities. However due to persistence and determination, the redclaw crayfish industry now has a relationship with the Rural Industry Research and Development Corporation (RIRDC) which has, and is continuing to bear fruit.  From the following reports, it is clear that the industry’s progressive stance is paying dividends. 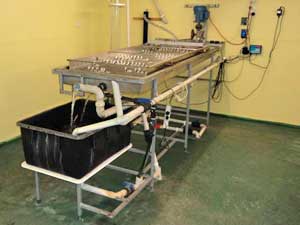 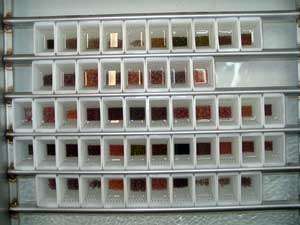 September 2018:  A sequel to the well-received book “Redclaw Farming – Getting Started” will be launched at the NQCFA meeting on 29 September 2018.  Titled “Farming Redclaw – Let’s do it Right!”,  this book carries on from where ‘Getting Started’ finished. read more….
Anyone interested in purchasing either or both of these books can do so by requesting an order form via the QCFA email address – info@queenslandredclaw.org